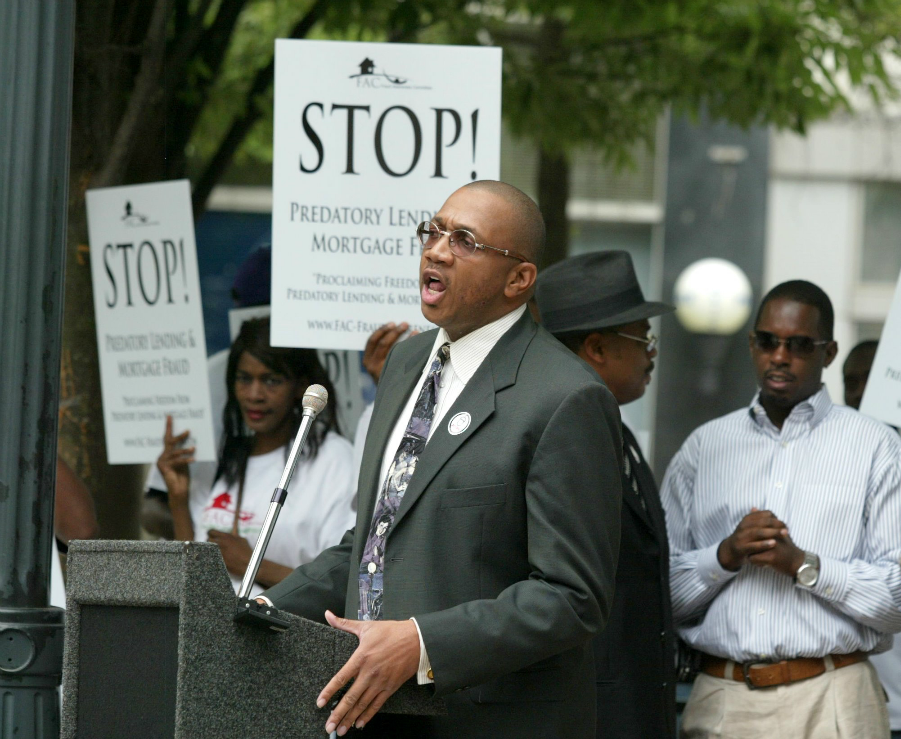 Michael McCray is known as a tenacious advocate and champion for the underdog; one who fights for the rights of others. . . with a never say die mentality. Michael champions individual and community causes; and business and real estate development projects with a sense of righteousness and justice. Michael spent his formative years in Pine Bluff, Arkansas when the city had the dubious reputation of being ranked the worse city in America – two years in a row. From this environment, Michael developed a strong sense of social responsibility and a burning desire to improve the living and working conditions of people living in communities like his hometown.

Michael continued his career in faith-based community development by working for T.D. Jakes Ministries as Deputy Director for the Metroplex Economic Development Corporation in Dallas, Texas and he also served the Association of Community Organizations for Reform Now (ACORN) as a National Board Delegate from Georgia ACORN. In that capacity, Michael raised the issues of Mortgage Fraud and Foreclosure Fraud in 2006 as national concerns in low-income and minority communities. However, Michael McCray also fought corruption within the venerable association itself as the National Spokesman for the ACORN 8 – a group of members, leaders and national board members who were expelled for demanding a forensic examination and independent audit of ACORN following the discovery of a multi-million dollar embezzlement and cover up.

As a member of Amnesty International, Michael is engaged in the international struggle for human rights and he fights to ensure that American citizens receive fair hearings and tribunals as provided for in the U.S. Constitution and declared in the Universal Declaration of Human Rights which was first adopted and proclaimed by the United Nations General Assembly in 1948.

Michael supports strong protections, including legislative and judicial reform for federal whistleblowers, America’s unsung heroes as a board member of the Federally Employed Women Legal Education Fund (FEW-LEF) and co-chair of the International Association of Whistleblowers (IAW), a sponsoring organization for Washington Whistleblower Week. A “Fearless” whistleblower and judicial reform advocate, Michael is also a member of the No FEAR collation, which is responsible for passing the Notification of Federal Employee Anti-discrimination and Retaliation Act of 2002, and is actively engaged in seeking strong judicial reform provisions to be included in No FEAR II.